Women Warriors: The Voices of Change 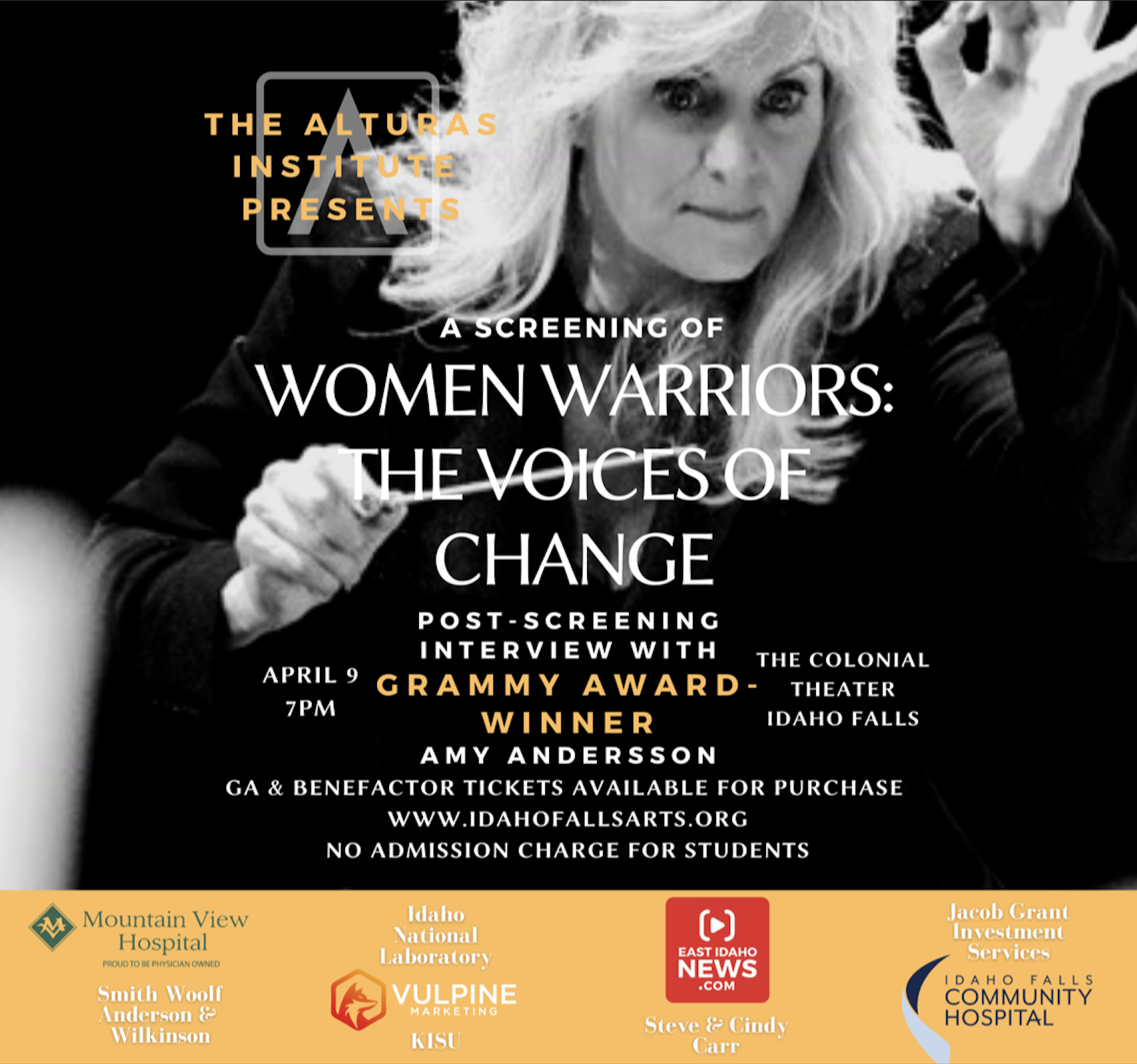 Women Warriors: The Voices of Change

Presented by The Alturas Institute

The evening begins at 6 p.m. with a reception for sponsors, benefactors and invited guests in the Carr Gallery.

At 7 p.m., David Adler, President of The Alturas Institute, will provide an on-stage welcome, and then introduce Amy Andersson, who will introduce the film. After the screening, Adler and Andersson will return to the stage for a short Q & A session with the audience. The evening ends with sponsors, benefactors and invited guests returning to the Carr Gallery for a dessert reception: “Confections and Conversations with Amy Andersson.”

Amy Andersson, an internationally renowned and 2022 Grammy-nominated conductor and producer, described by music critics as “America’s most watched symphony orchestra conductor,”
joins the Alturas Institute for a reception and special screening of her award-winning film, “Women Warriors: The Voices of Change.” Women Warriors is a Grammy-nominated album and award-winning, live-to-picture symphonic concert, featuring an original soundtrack by eminent female composers honoring the strength and heroism of global activists who have fought for women’s rights, gender equality and the right of every girl to an education.

Andersson’s film has screened in ten countries and has garnered more than two dozen international film and music awards. The soundtrack has earned a Grammy nomination in the “Best classical Compendium” category. She has toured in over 22 nations and made frequent appearances on national television shows. Maestra Andersson is founder and conductor of Orchestra Moderne NYC, which premiered Women Warriors to standing ovations and rave reviews at the Lincoln Center.

Women Warriors: The Voices of Change is a presentation of an independent promoter.

The Idaho Falls Arts Council Board of Director's current statement regarding COVID protocol is: Masks are strongly encouraged when social distance cannot be maintained.