In 1990, local arts enthusiasts joined together with the goal of bringing more art and culture to eastern Idaho. In 1994, a local businessman donated three adjacent dilapidated downtown buildings to the newly formed Idaho Falls Arts Council (IFAC), including a historic former vaudeville theater. IFAC raised over $4.5 million to renovate these buildings to become the Willard Arts Center, which currently encompasses the historic Colonial Theater, two visual art galleries, nine artist studios, meeting rooms, and administrative offices. IFAC presents 10-16 mainstage shows each season, most of which are at the Colonial Theater. The Carr Gallery and the Hall Gallery feature 8 visual arts exhibitions every year that highlight local and national talent. Every August, IFAC organizes Roaring Youth Jam on the Snake River Greenbelt, a free three-day festival where families and youth can interact with creative art media and enjoy live performing arts. ARTitorium on Broadway, an innovative interactive art center for kids and families, opened summer 2014, uses technology and hands-on projects to get kids engaged in art.

As of 2016, IFAC employs eight full time and 20 regular part-time employees with event-based staffing of up to 40 additional people at a time. Approximately 77,350 people participated in one of our programs or an event at one of our downtown facilities last year, including around 12,000 people at IFAC’s season shows, 15,000 people at rental events, and 18,050 people at ARTitorium on Broadway. In total, IFAC has an annual impact of $2.7 million on the community, based on the Americans for the Arts Economic Impact of the Nonprofit Arts & Culture Industry calculator. 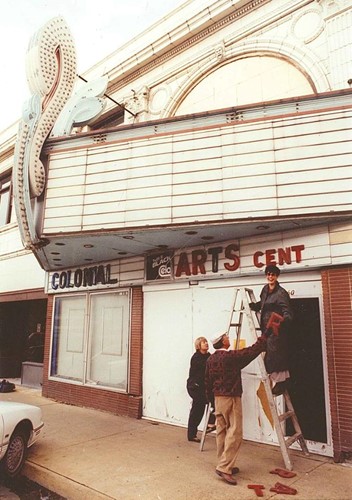